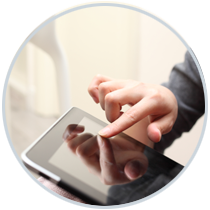 Get a Quote, Instantly!

About Insurance Over Texas

The National Flood Insurance Act of 1968 created the National Flood Insurance Program NFIP whose goal is to alleviate the economic losses of a flood through the creation of community building standards.   Community participation in the NFIP was not mandatory, but cooperation allowed the community to purchase flood insurance to pay towards flood economic losses to manage floodplains using insurance to manage a Special Flood Hazard. Congress in 1979, created the Federal  Emergency Management Agency (FEMA).  FEMA has ten regions which employ more than 14,000 employees.  FEMA’s goal is to protect Americans to survive and recover from a national disaster which is either natural, man-made, or acts of terror.  FEMA is well-known to come in action to help people overcome the effects of flooding.

A flash flood is in low-lying areas as a result of rapid flooding that occurs within six hours between the cessation of rainfall and the onset of the flooding.   Many times the onset of as flash flood is in normally dry areas.  The flash flooding can be associated with harsh thunderstorms or tropical storms, hurricanes, water flow related to melting ice and collapsing of dams.   Texas is predisposed to floods, principally in two significant parts of the state: the coast and a broad area of Texas named Flash Flood Alley that stretches through Central and North Texas and would receive FEMA attention as a Special Flood Hazard.

The agents of insurance Over Texas in Houston,TX can both instruct its clients on how to make a flood claim with FEMA and to offer private flood insurance if FEMA’s limits are surpassed.  Please call!